The closer I get to finishing the Major Arcana, the more daunting it becomes. I don’t know if it’s because I’m over-thinking the last few, but it suddenly feels like a harrowing task!

It also doesn’t help that I’ve been just stupid busy with work stuff, picking up some freelance work in an effort to completely deprive myself of sleep, and meeting wonderful people who are making me feel like this life is worth giving a damn.

Excuses asides, only 6 more to go and we’ve got ourselves a full Major Arcana! Through some interesting twist of Internet fate, the Solipsist Tarot is being talked about in some tarot circles, and it really warms the cockles of my cold, dead heart that some people give an actual hoot about these. I never set out to create this deck for anybody but myself, so it is really surreal that other, completely unrelated people would connect with its imagery. Goes to show we’re more alike than we think, right? 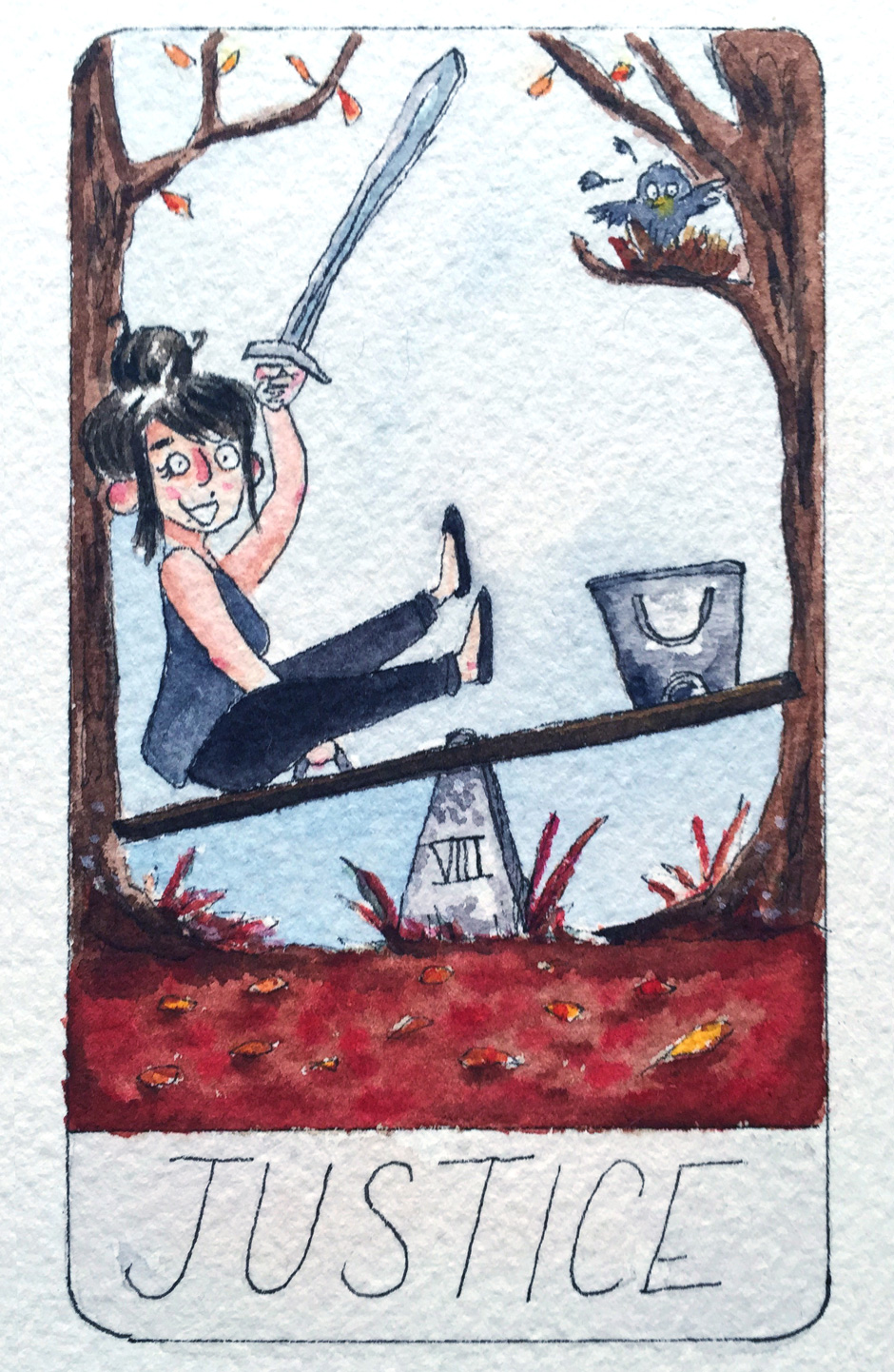 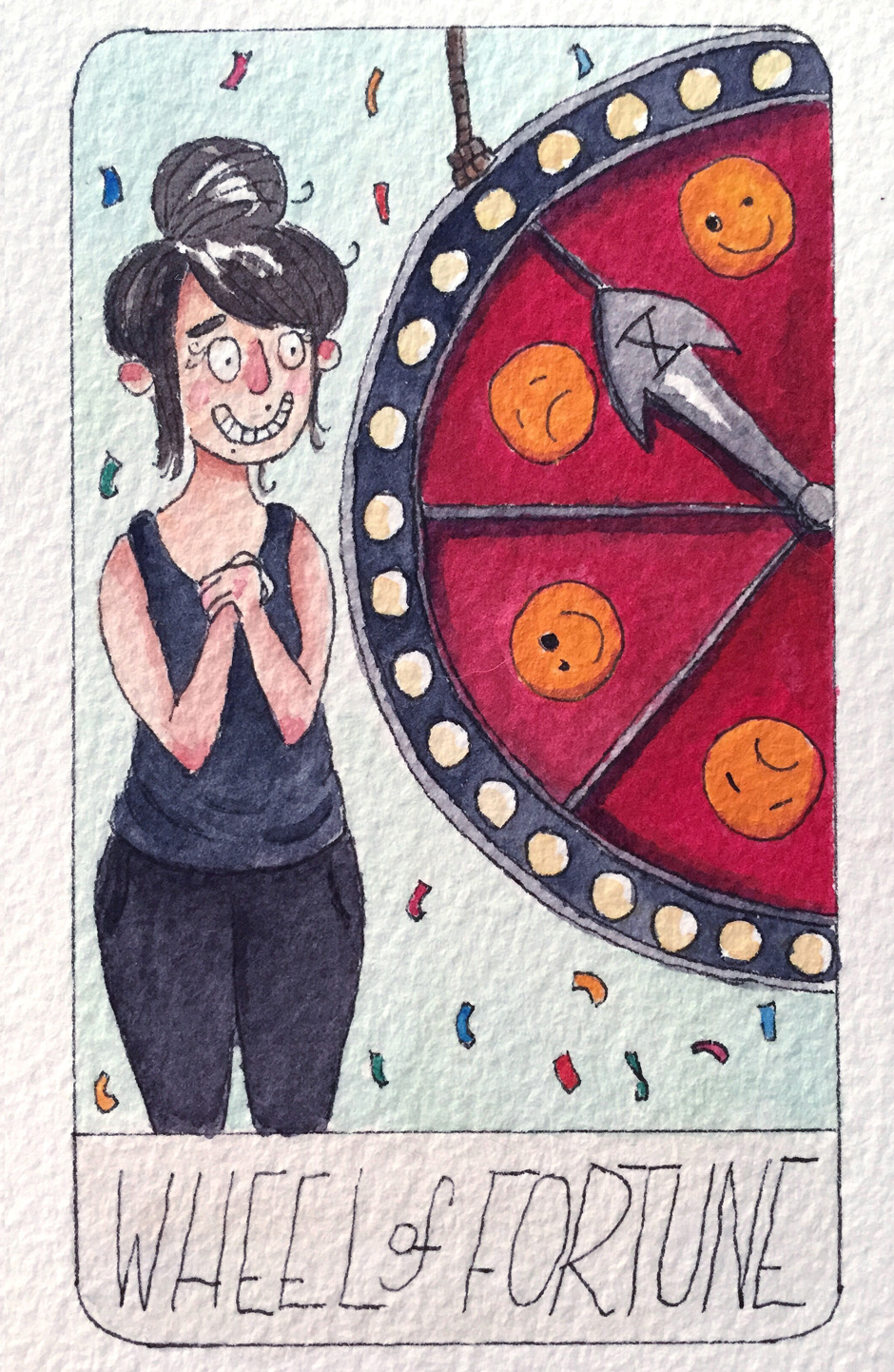 [/one_half_last] [one_half] VIII – JUSTICE
Re-adjusting the Fucks Given bucket levels by see-sawing yourself silly excessively for no other reason than Fucks should be fun and plentiful to give. Being right or wrong really is a matter of perspective, isn’t it?
[/one_half] [one_half_last] X – THE WHEEL OF FORTUNE
No matter the results, things always get better. Unless they don’t, in which case, there’s still confetti, so technically they still do. See? Always look forward. The past is for building from, not repeating.
[/one_half_last] [one_half] 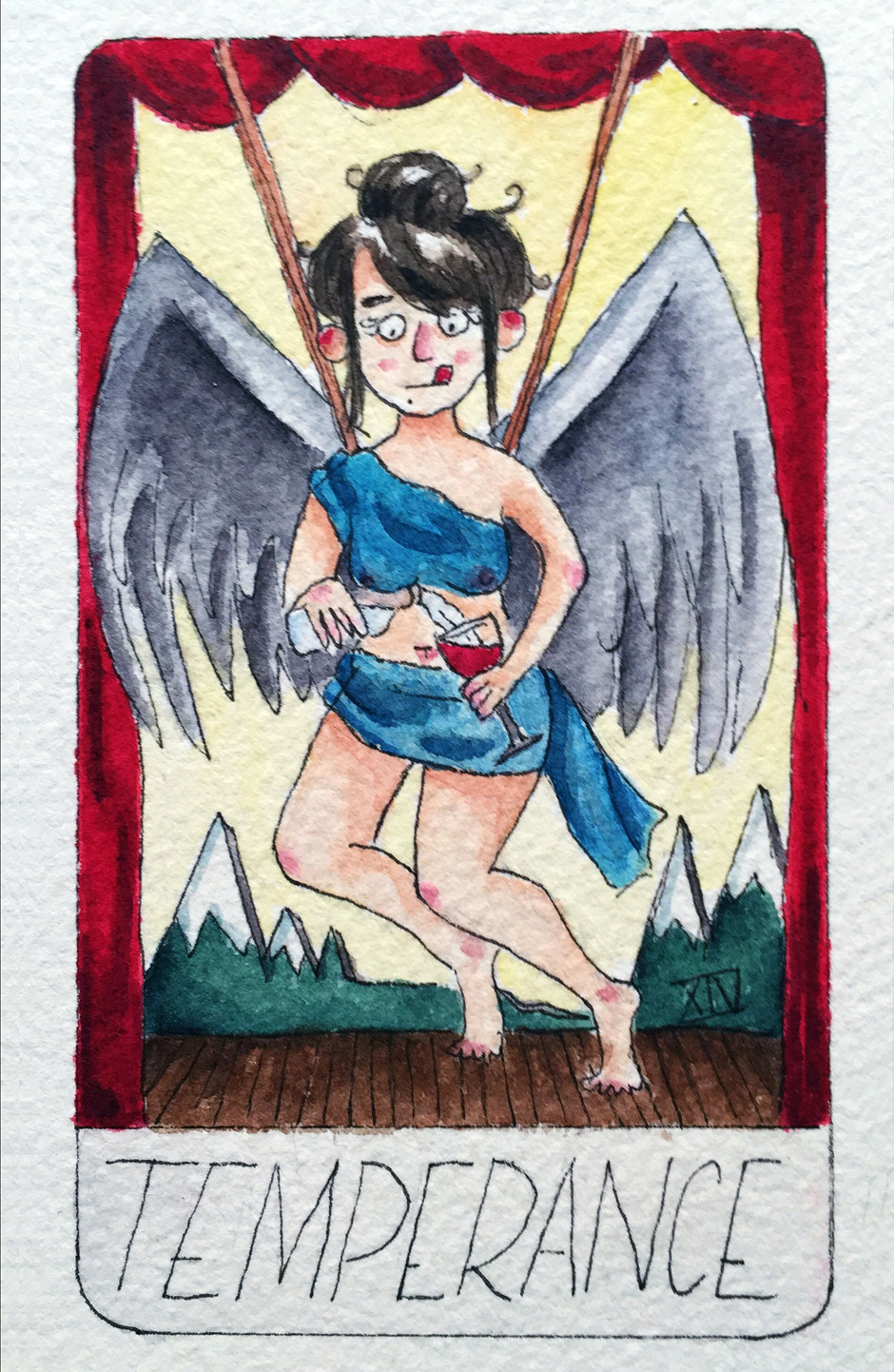 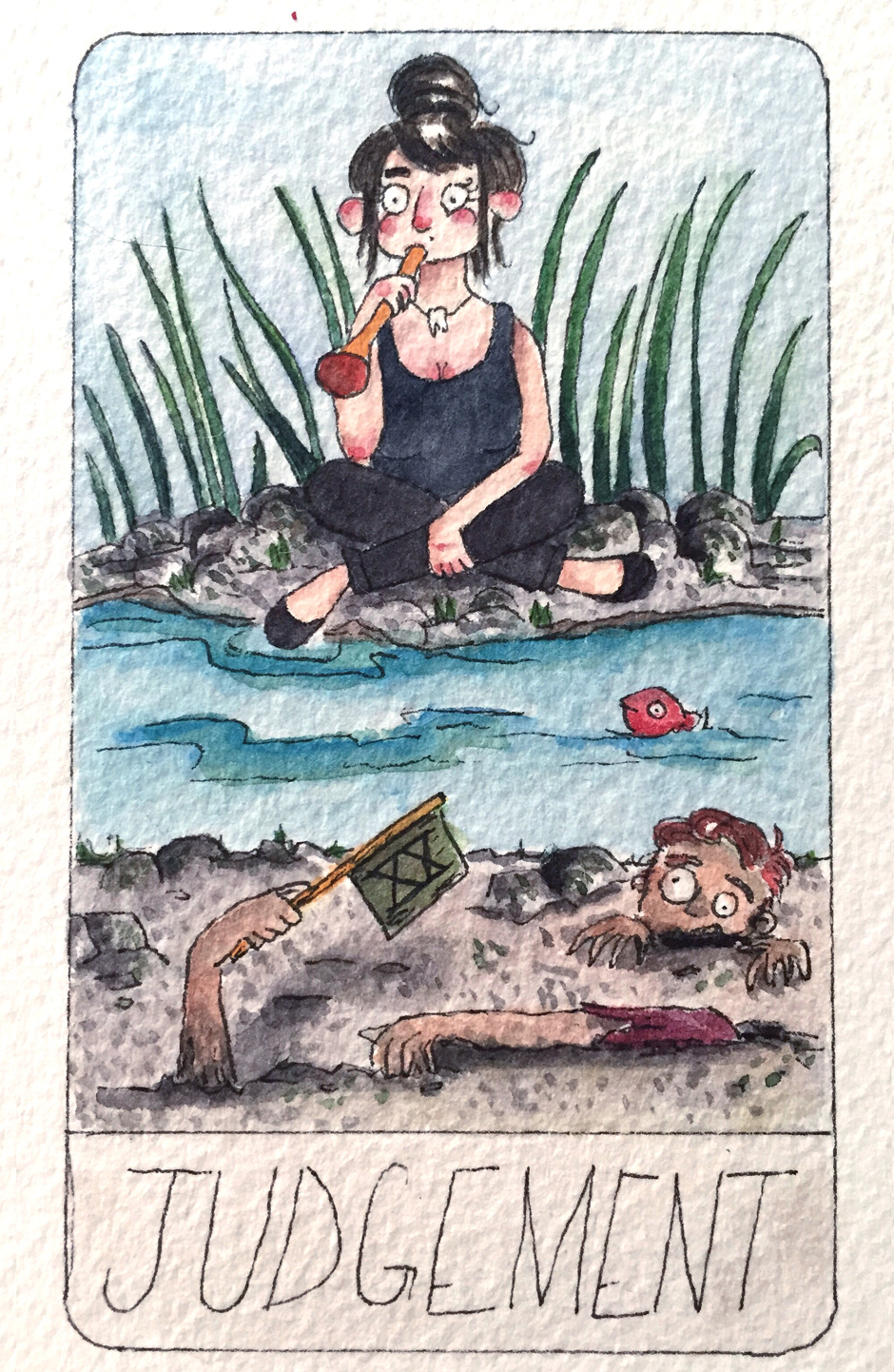 [/one_half_last] [one_half] XIV – TEMPERANCE
Not only will cutting your wine with water make it last longer, but it’ll also give you the illusion of being a responsible adult for just a bit longer than usual.
[/one_half] [one_half_last] XX – JUDGEMENT
Sometimes, getting insight is as easy as asking people past. Whether they’ll enjoy being raised from their eternal slumber remains to be seen.
[/one_half_last]

Apologies for the crappy photos on this set. I’m not saying the past few were anything stellar, but these are especially poopy. That’ll learn me to shoot things at night, I suppose.