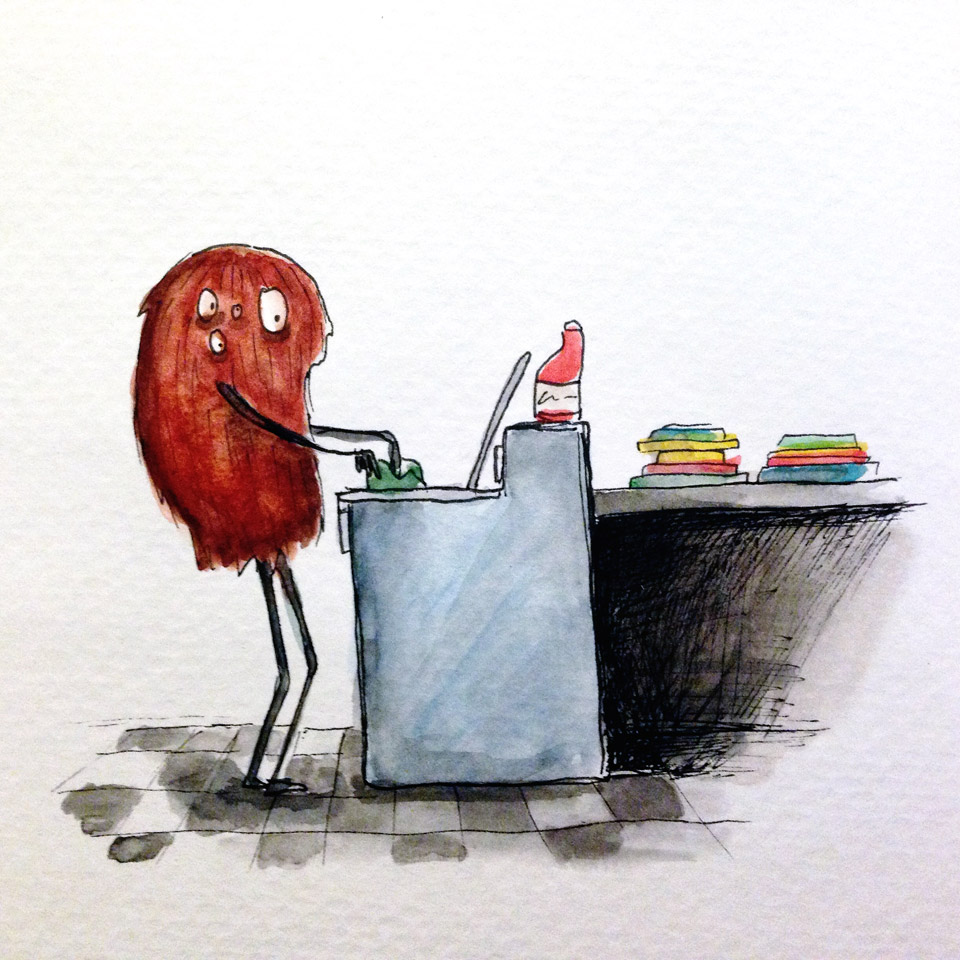 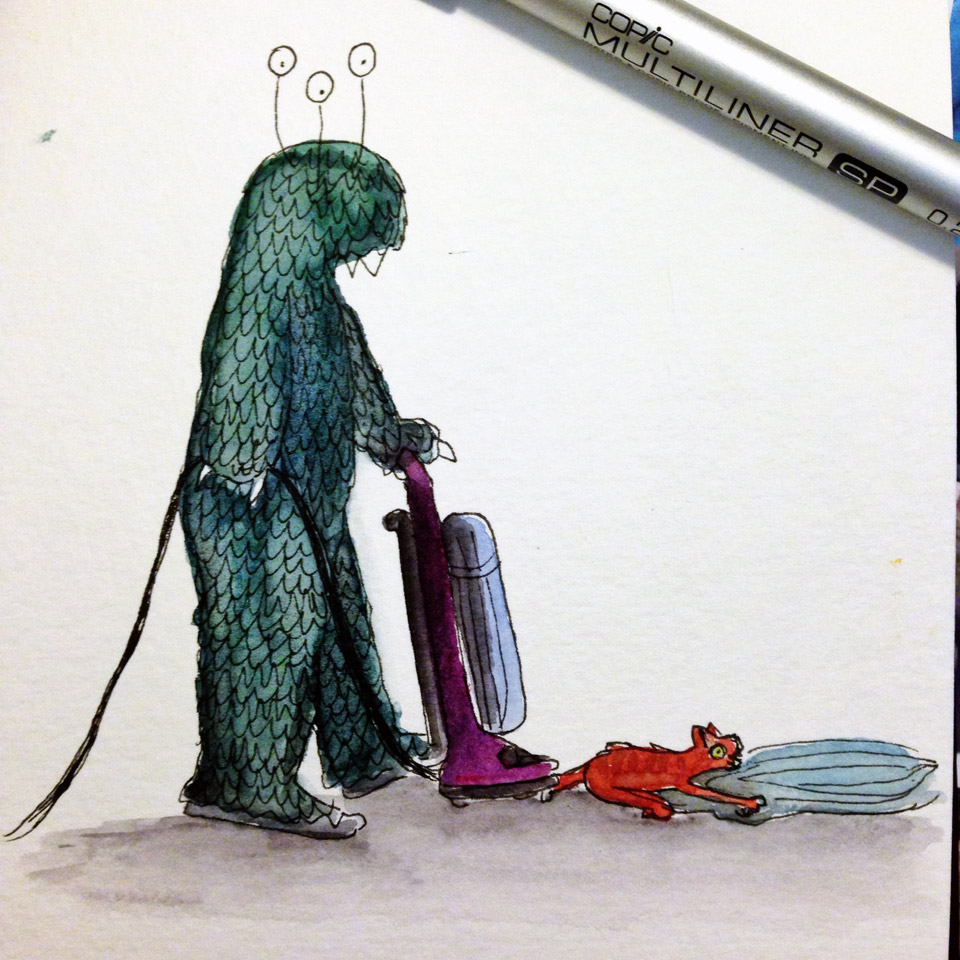 DAY 15
A lapful of pet while attending to Business™ is kind of a drag. 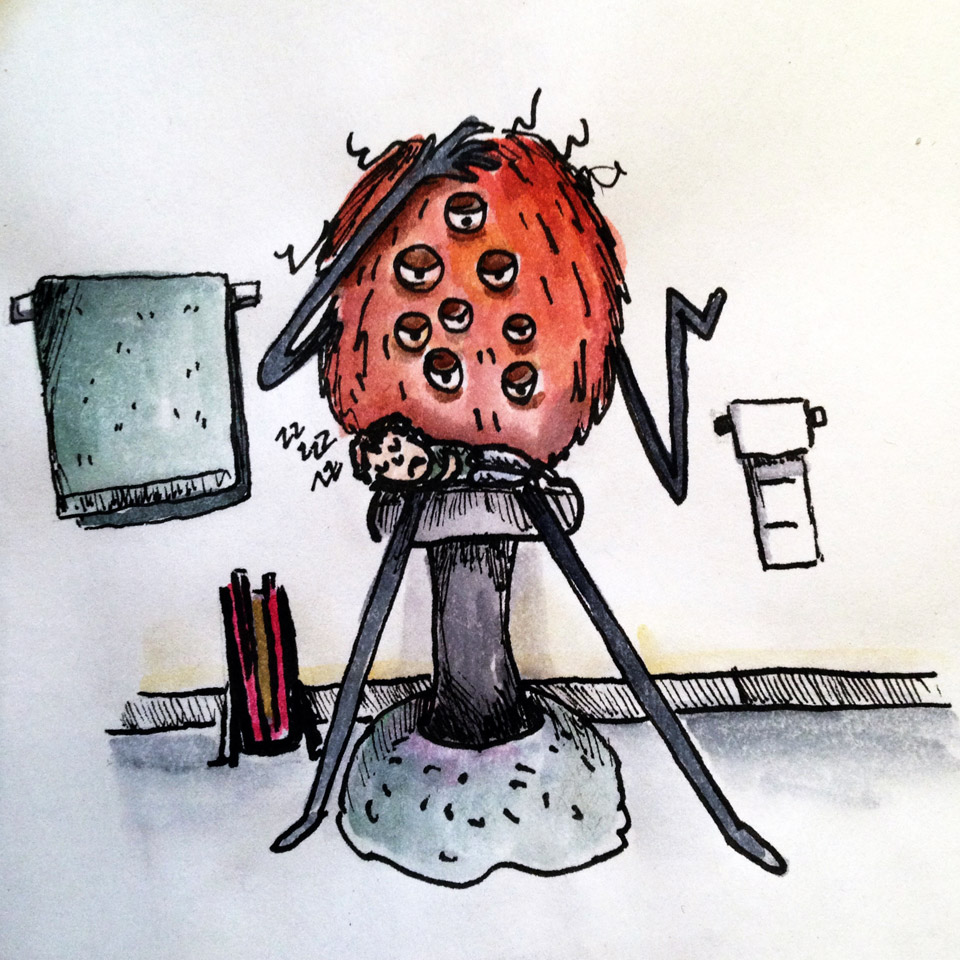 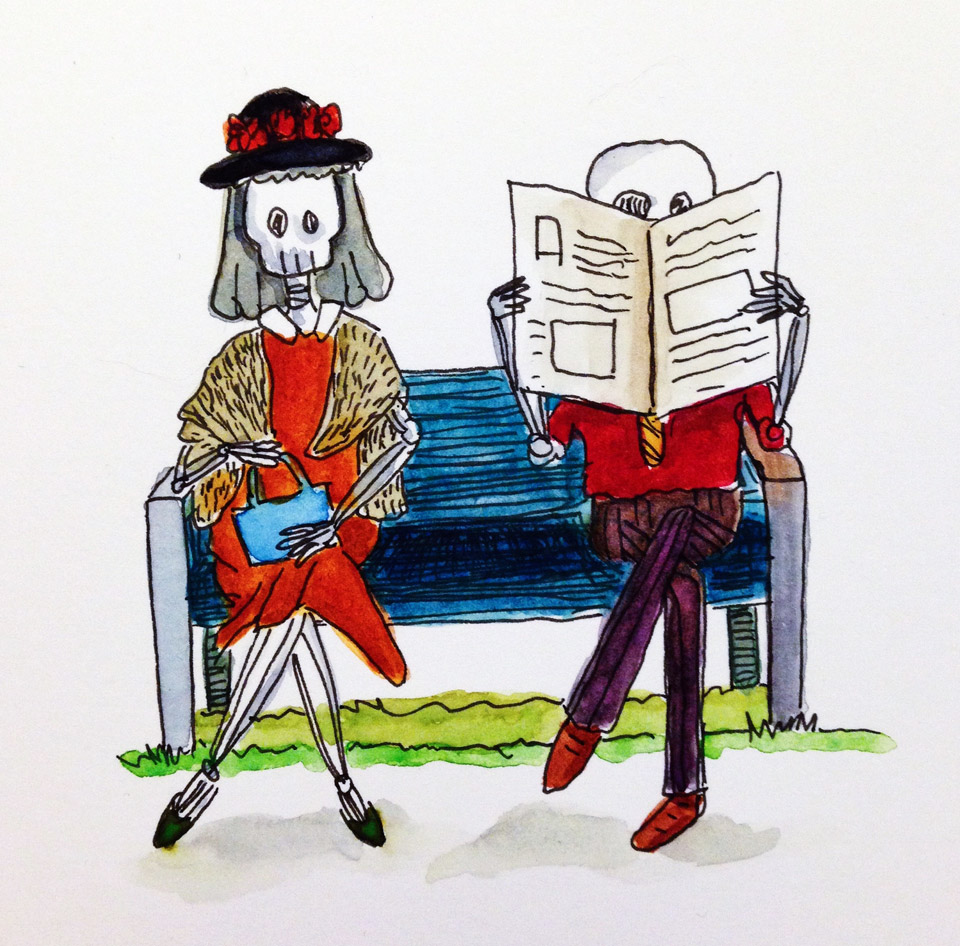 DAY 17
There was a roach the size of a truck in the house. Michelle won herself the title of Best Roommate in the Universe for fighting it until it had to be dragged out of the house in a body bag. 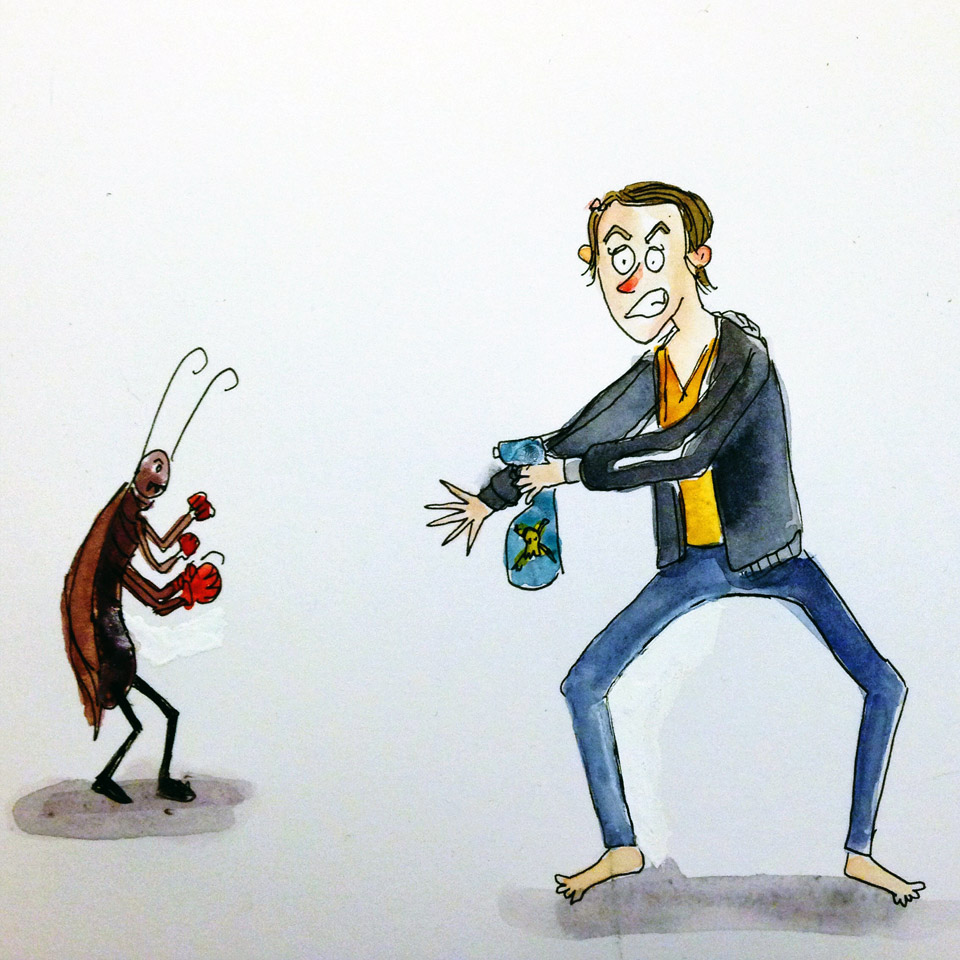 DAY 18
Old men playing bocce ball because I was in the mood to draw naked dudes. 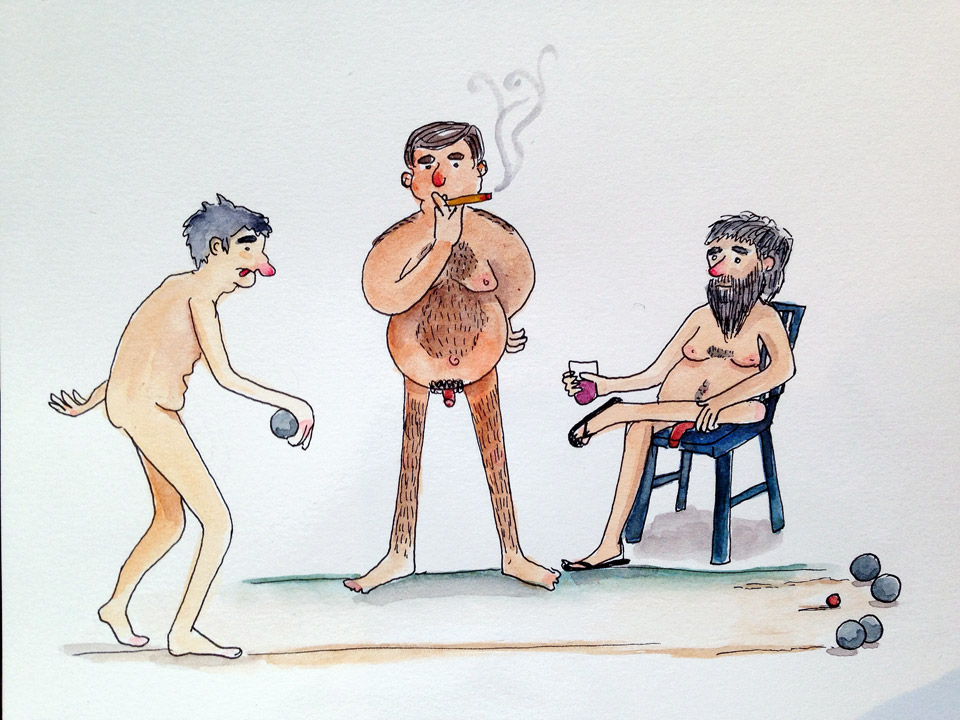 DAY 19
A beaver dressed as a duck, and also a platypus. 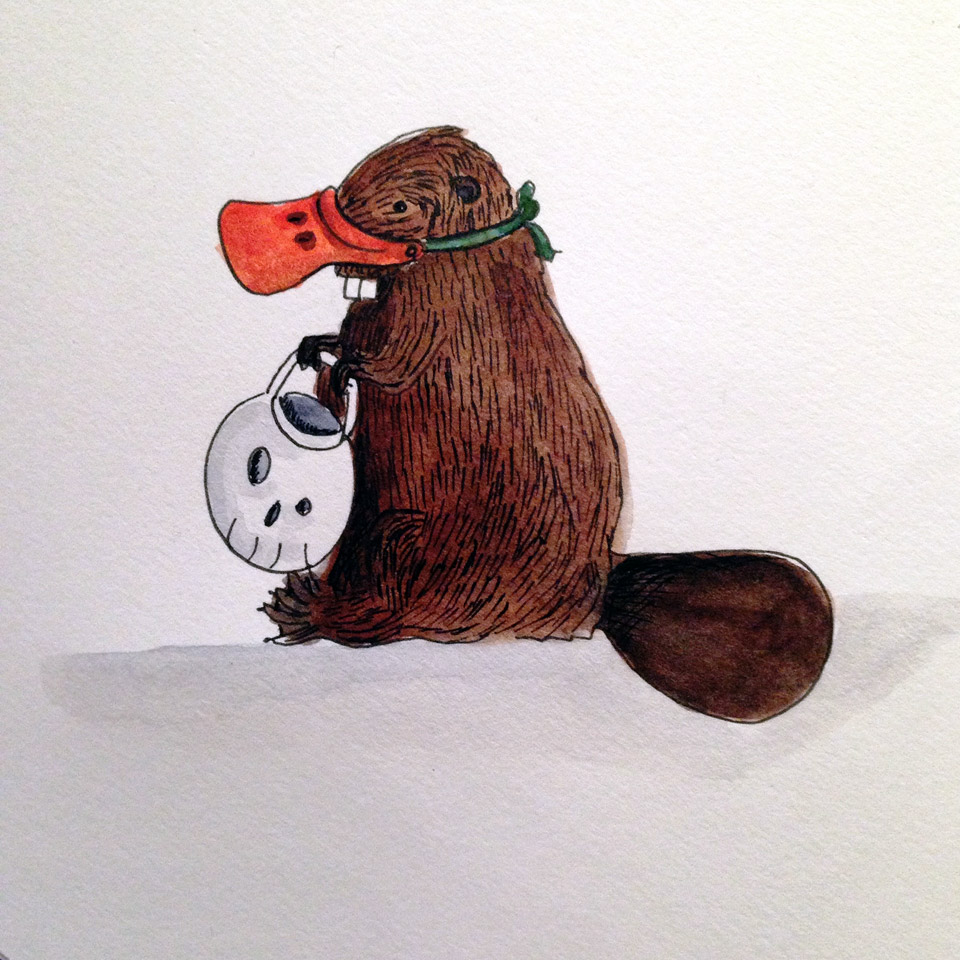 DAY 20
Shark bear was really upset when he realised he’d packed his girlfriend in his fanny pack instead of a snack. But she’d do. 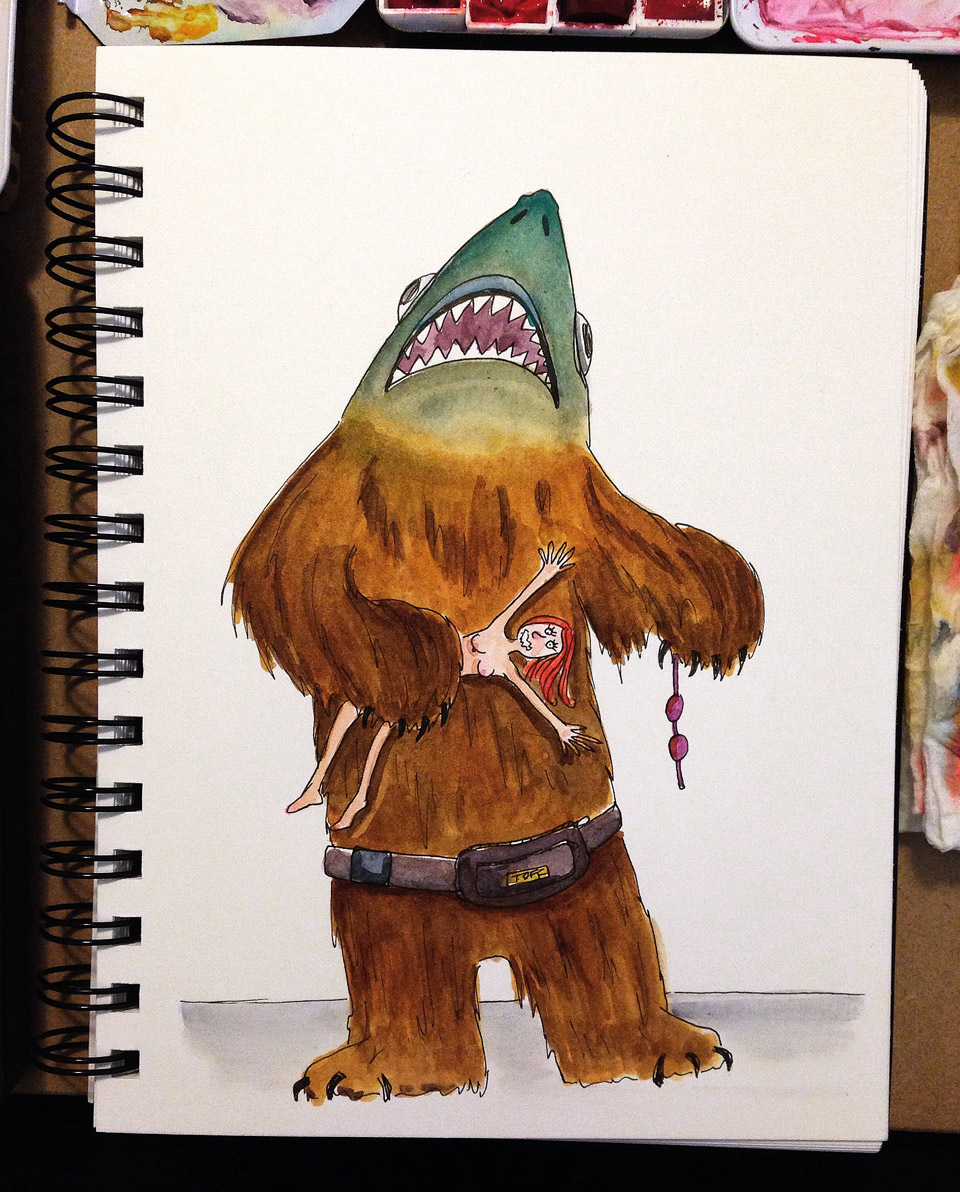 DAY 21
Holy shit! It’s the Poope! Obviously, not a crook. 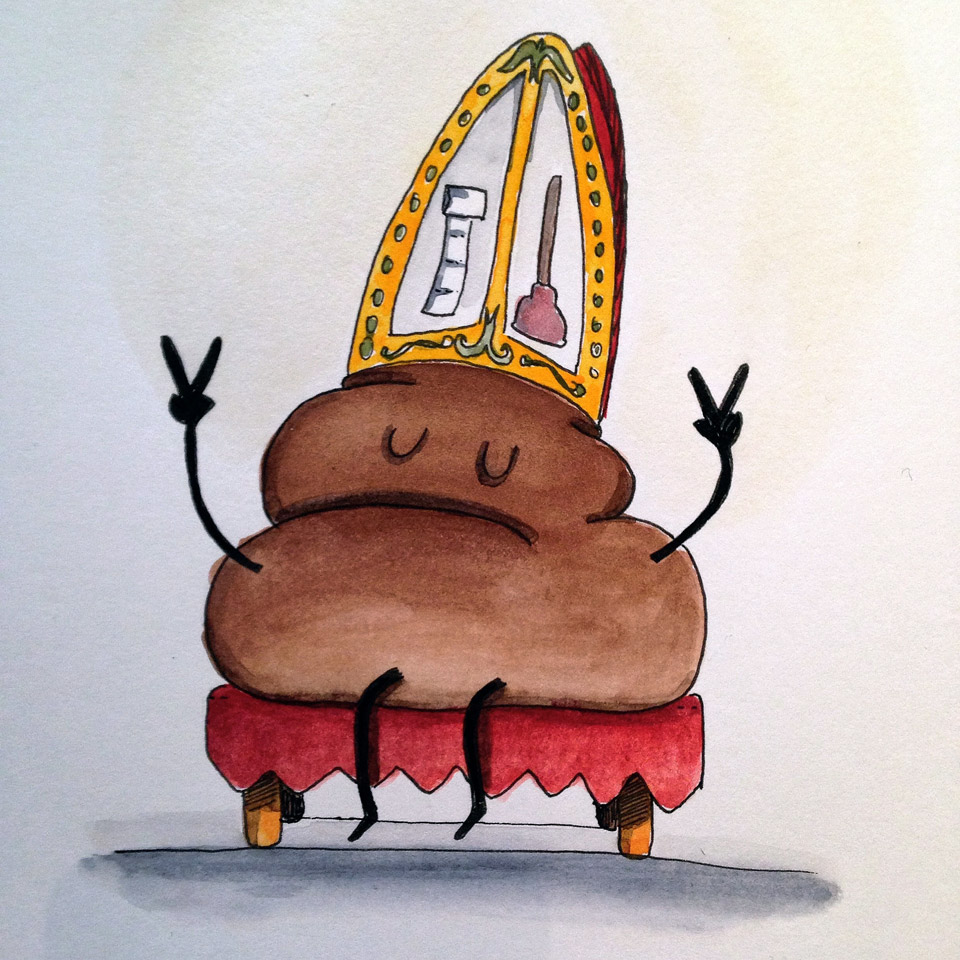 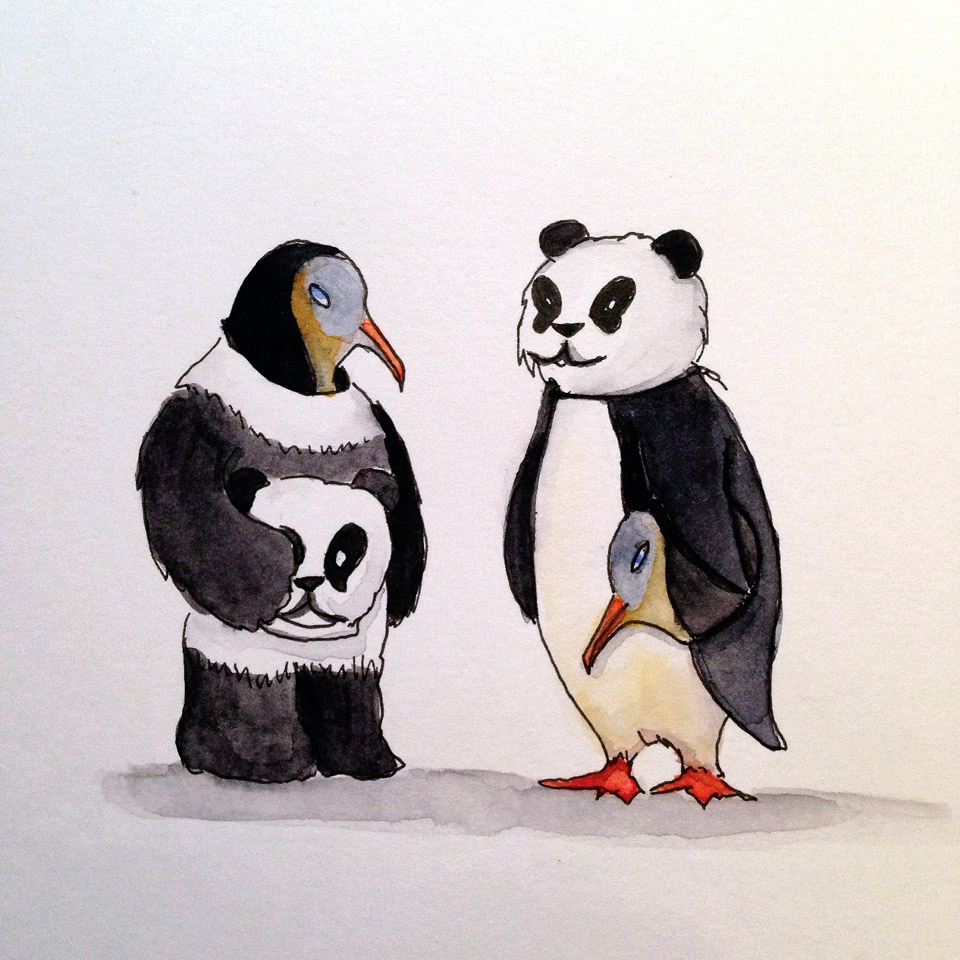