Solipsism, very basically put, is the theory that the self is all that can be known to exist. So, when I say the only absolute true thing I know is that I really know nothing and no one else but me knows this, I’m not only being self-deprecating, I’m also being pretentiously solipsistic.

When I finally got ready to start my tarot project, it was only natural that I’d treat it as an ode to Aude, because the only subject I know best is, sadly, myself. And thus, the Solipsist Tarot was born.

To fully understand these cards and what they mean is contingent on whether you are familiar with tarot traditions. They are a mix of mostly Rider-Waite lore, with some Thoth and Marseilles thrown in, and a whole lot of my own experiences. It’s a very personal endeavour, on more levels than the obvious, so if you were ever curious about me, now would be your chance. It’s like an open-book test: the answers are right there in front of you, but you gotta do some digging.1 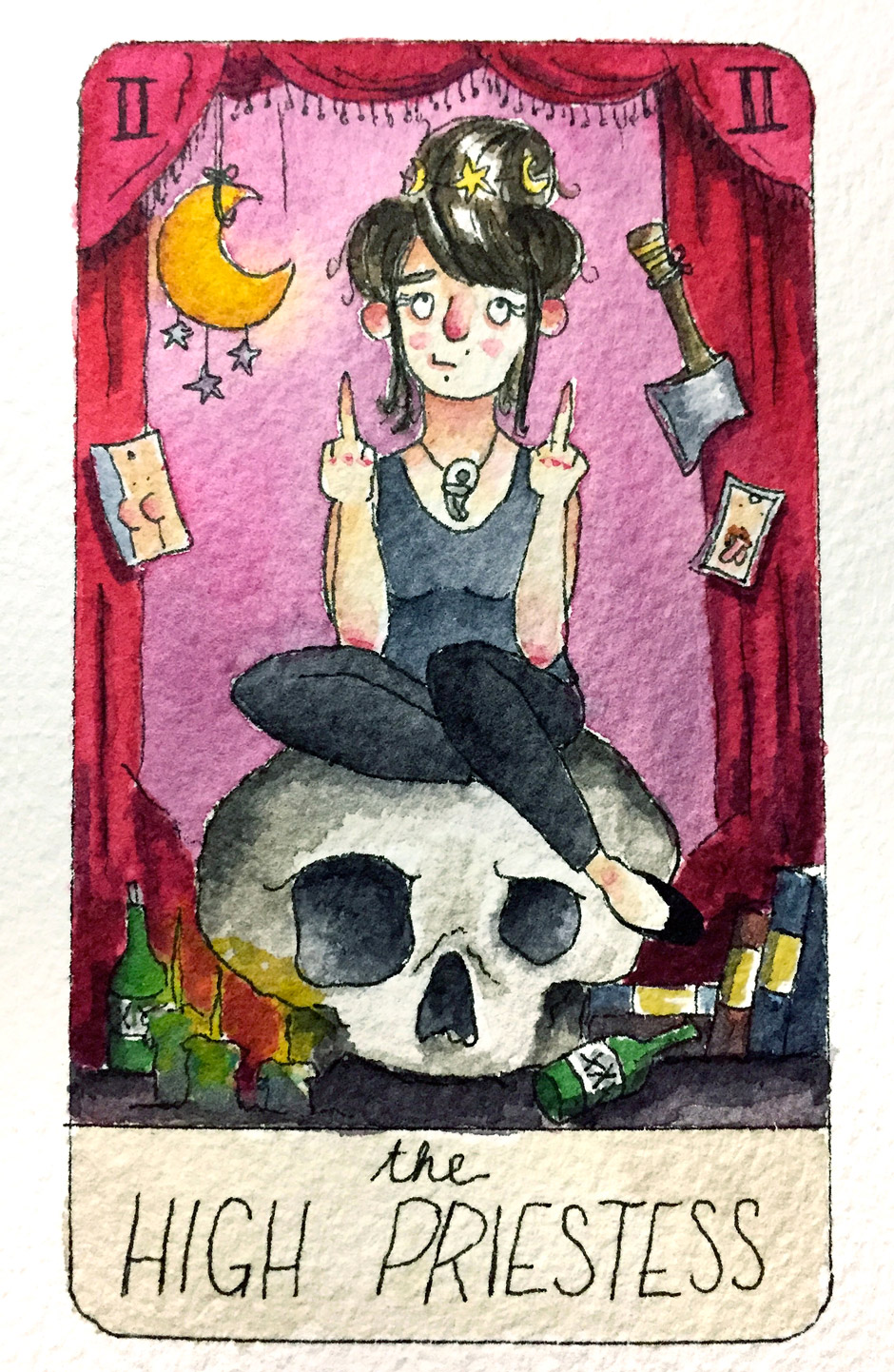 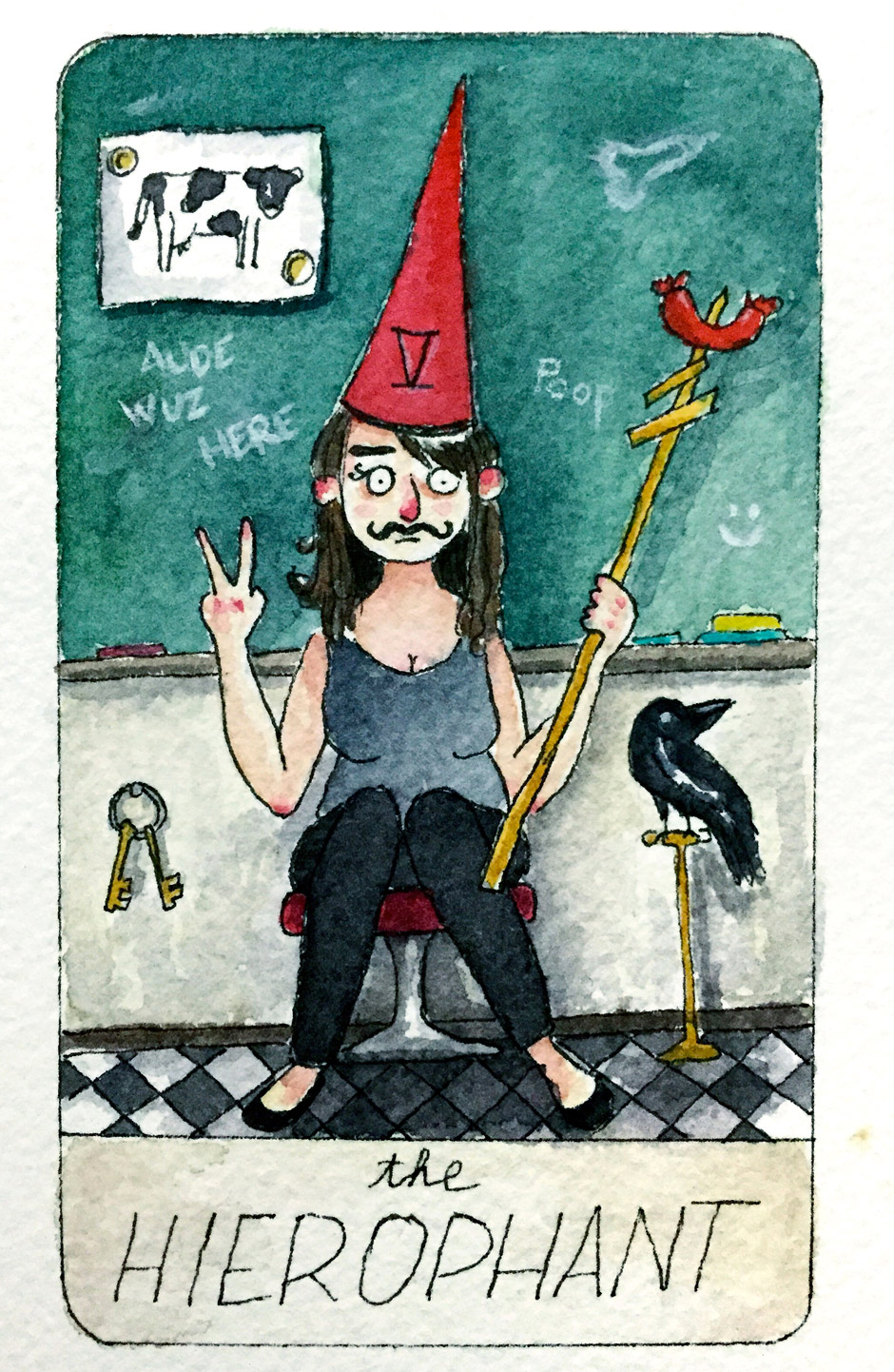 [/one_half_last] [one_half] II – THE HIGH PRIESTESS
The High Priestess spends a lot of time in her own head. She ponders any and all questions, weighing all possible options and direction. She is sitting on a reminder of her own mortality, in the room between what she knows is real and what she thinks is happening, which explains the bottles of liquid courage strewn about the floor. If you dealt with this much self-introspection, you’d drink, too.
[/one_half] [one_half_last] V – THE HIEROPHANT
This Hierophant reluctantly follows the rules set by the pack, but will occasionally stray from the set path to keep sane. In her spare time, she campaigns for the Wiener Cult, whose symbol, a bastardised lorraine cross topped with a sausage, is a nod to the French Jesuits who used the real one to proselytise in the New World.
[/one_half_last] [one_half] 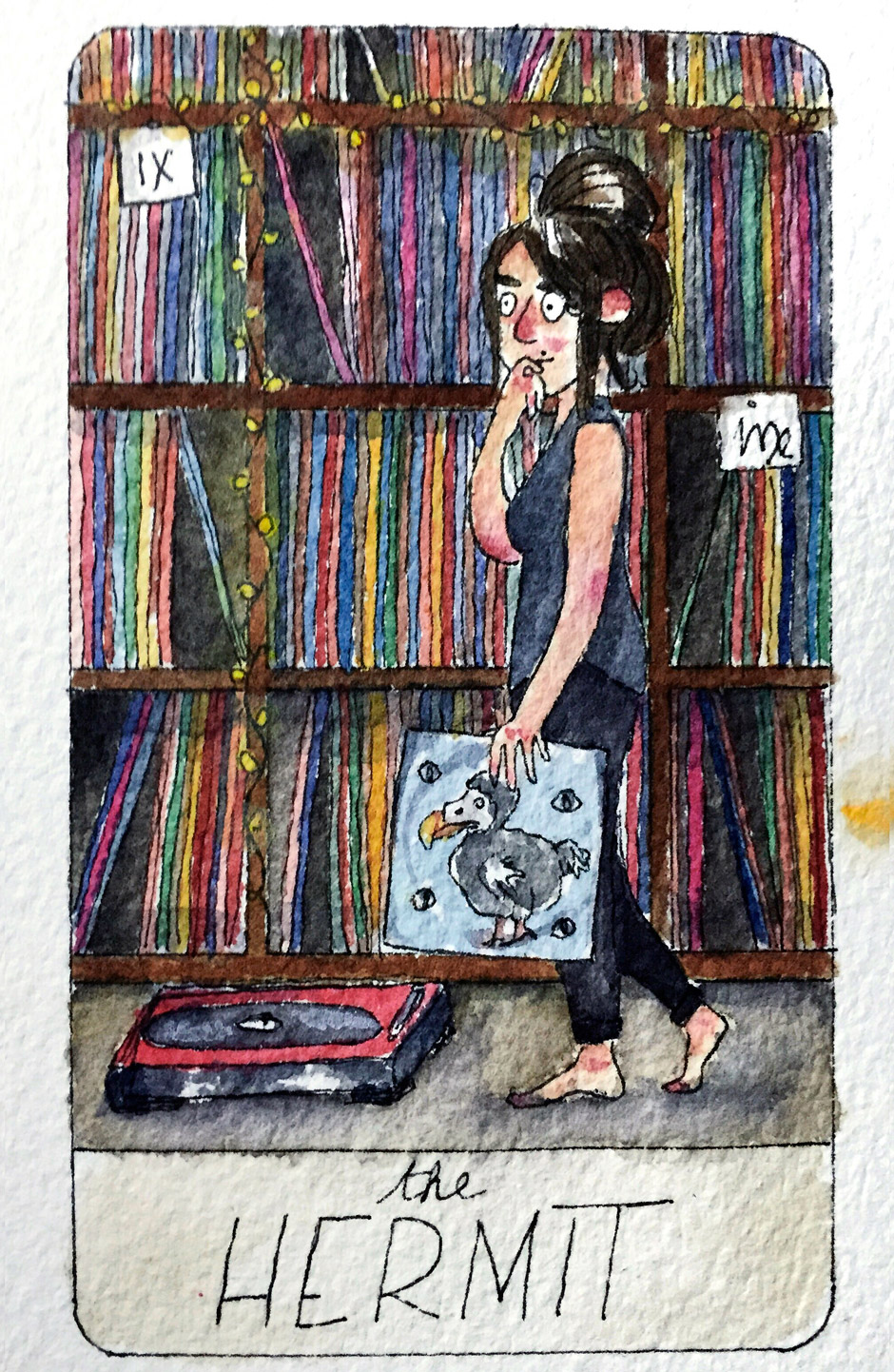 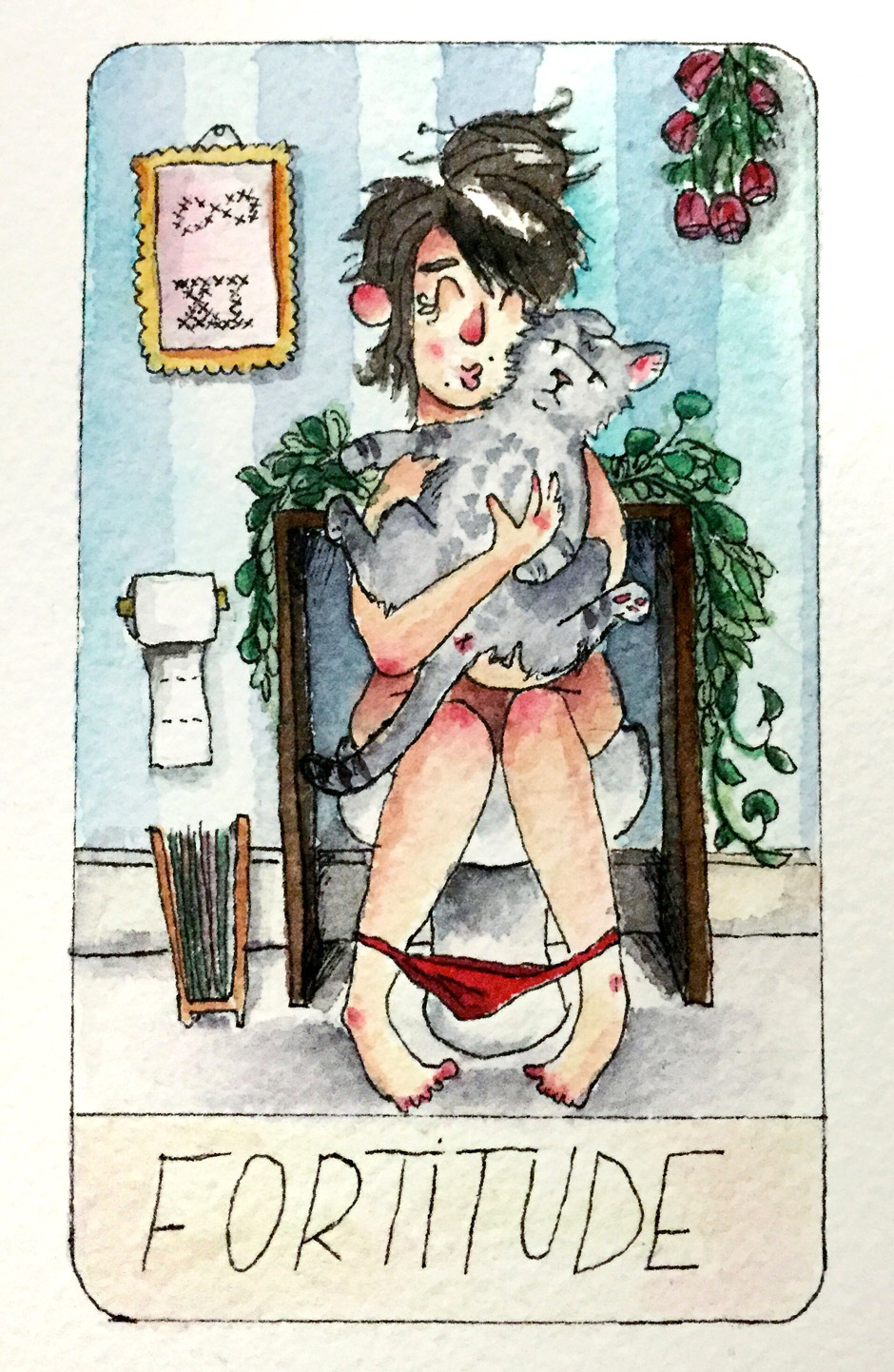 [/one_half_last] [one_half] IX – THE HERMIT
The Hermit’s not about secluding herself and wallowing. Sure, she enjoys the time to herself, but it’s mostly spent fleshing ideas out and putting her thoughts in order and generally getting stuff done. This is also about committing to long term projects and seeing them from beginning to end and not rushing and thinking things through.
[/one_half] [one_half_last] XI – FORTITUDE or STRENGTH
Most of the Solipsist’s ideas come either seated on the porcelain throne, or in the shower. The Room of Reflections is also the place where she can commune with her lap feline, taming him into submission, gently reminding him that in this Room of Reflections, only one can lead.
[/one_half_last]

You’ve made it to the end! I hope you’re ready for the upcoming next four, because there’s going to be a whole lot of butts! Everybody loves butts!